Transform your business with Cloud Migration 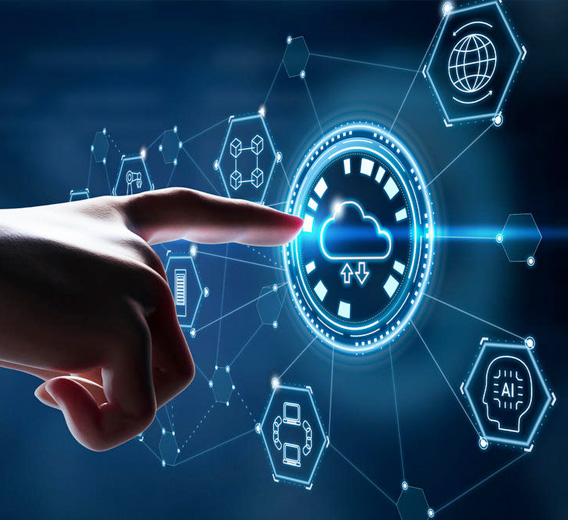 As digitilisation expands, the use of cloud technology has brought in a vast array of options for businesses, across every area of functionality. It can be a big step for organisations who are running on a legacy infrastructure.

It can be overwhelming to consider moving to the cloud, or how to manage the change that comes with it. The thing is, using outdated systems will keep your business stuck in a rut, slowing down progress and impacting business outcomes.

Many organisations are still using archaic operating systems that don’t allow for growth and scaling, or add to their overall business value.

There are even more companies who have some cloud infrastrtucture in place, but haven’t got a cloud migration strategy in place to bring over all operational systems.

How can Cloud Align's cloud migration services help my business?

As our name suggests, we align your business, to the cloud. We have seen many times how much the use of cloud platforms can completely streamline our client’s business. Migrating data doesn’t have to be a logistical nightmare either.

We work with your business and ensure that we have flawless cloud migration planning in place before embarking on the migration process. We understand cloud migration challenges, and how to successfully manage the change that a move to the cloud brings. We can help with every step of the process.

Creating exceptional cloud environments is what we specialise in

We make the cloud migration process easy for your business

You'll have our support during the initial migration, and ongoingly

Protect your business data from the unexpected with cloud backup solutions

Cloud Align will work with your organisation to deliver a seamless cloud migration - a cutting edge cloud environment with cloud solutions that completely change the way you do business. We provide ongoing support, maintenance and education, to ensure that your team gets the best out of their cloud services.

Book Your Free Consultation With a Cloud Migration Expert

Contact us today to talk to us about how cloud migrations can streamline – revolutionise – your business.

We will create a customised plan for you, and strategically implement your cloud transformation.

#3 Step fully into the cloud

Once migrated, we’ll make sure you have all of the cloud resources needed to succeed.

Explore Our Other Valuable IT Services and Solutions

What is cloud migration?

Migrating to the ‘cloud’ means moving from an on premise IT structure to a cloud platform. A cloud platform is a server that is hosted externally at data centres, that you access via the internet.

Essentially, it is still hosted on a hard drive, just not in your building. This frees up a lot of space and also creates security in a number of ways. Firstly, you no longer need to worry about data loss due to machine failure, weather events or theft. Secondly, most cloud platforms offer exceptional security features and have backups available to prevent data loss. So, migrating to the cloud is essentially moving your data off premise, into cloud infrastructure.

What are the 5 cloud migration strategies?

The main strategies , which were initially defined by Gartner, have recently been expanded on by Amazon, to six, known respectively as the ‘5 Rs’ and ‘6 Rs’ . Cloud providers and migration specialists generally work with the following types migration strategies:

Rehosting – Also known as the ‘lift and shift’, this involves moving data from physical servers onto the cloud. It is time effective, with lower costs initially, but may miss many benefits of a complete cloud journey. Early cost savings may be offset by long term costs.

Replatforming – Also known as ‘move and improve’, system architecture remains, allowing a simple move to the cloud, but misses many cloud benefits.

Refactoring – This approach means taking a new approach to architecture, generally to scale or improve performance.

Retaining – Leaving systems as is.

What is data migration in cloud computing

Data migration is the process of moving data from one place to another. This may be data linked to emails, company files or applications, such as CRMS.

Cloud providers will often migrate data to alleviate the pressure on computer resources, improve network latency or to increase data security. Data transfers need to ensure the successful migration of data contained in relevant services or applications, which is done with proper planning.

If you need assistance with cloud migration or data migration, speak to our Cloud Align migration team today.